I have lived in the village for over 25 years and become increasingly involved in many aspects of life here. I am a volunteer at Quarry Bank, working both in the gardens and Quarry Bank House. As such I have taken a close interest in the development of the property, especially how it may impact on the village.

I was a governor at Styal Primary School for 15 years and recognise its role in the community. In addition I volunteer on a regular basis in the cafe at Earlams and attend the Village Association meetings.

I was born in Prestbury, went to schools in Brooklands and Altrincham before reading History at The University of Sussex. My professional life was in education, starting in Inner London before moving to Cambridge and later becoming Headteacher of three schools in Greater Manchester over a period of twenty years. After headship I set up a consultancy with a focus on leadership development in education and performance management.

I am married with three grown up children, the youngest of whom attended Styal Primary School. My wife is very involved with Earlams and was formerly Deputy Head at the primary school.

My work with the Council has shown me the importance of its work in protecting and developing in a sensitive way this historic village.

Having moved into the village in 2011,  I live here with my son, Oliver, daughter Klara and my wife, Sarah. I grew up in Heaton Moor, and when my parents moved to Styal in 2007, it was only a matter of time before I followed, having fallen in love with the village.

On a professional basis, I am a Financial Adviser running my own business based in Alderley Edge. I also volunteer with British Cycling as a Road Race Commissaire. Hence my pastime passion of Cycling, I can usually be found cycling on the roads and tracks around Cheshire of a weekend.

As a child I remember coming to play the woods, and school visits to the Mill. My own children are now even more lucky than I was with having such beautiful surroundings on their doorstep.

The village is of great Historical importance, yet it must also move with the times. So as a Councillor, I believe it is my role to help shape the future of the village but also as a Guardian of its past.

In the 80’s there was a great American sit-com, whose theme was, ‘Where everyone knows your name’, and you certainly don’t have to travel to Boston, as this is so perfect for the personality of Styal.

My name is Craig Buckley and I have lived in Styal since 2015. I work as an Area Ranger for the National Trust and I live with my wife, Katherine, and our two young daughters, Daisy and Isabella with another on the way. We live in tied accommodation as part of my job, so are based right in the heart of Quarry Bank. I am passionate about nature and our environment, and love working at Quarry Bank. It is very interesting to live and work within a landscape that has such a strong industrial history, and to see how it connects with the environment around it.

My hobbies include fishing for a variety of different species including Pike and Carp, going to the gym, DIY projects and spending time with my family.

I am very proud to be a councillor in Styal and look forward to continuing to help make Styal a better place.

I work as a community based Firefighter and have lived in the Wilmslow area most of my life. I live in Styal with my wife and daughter.

My interests are Brazilian Jui Jitsu where I train at Strategy Fight Team in Stockport. I am also involved at Wilmslow RUFC having played for the 1st,2nd and 3rd team for over 26 years. I also enjoy Hiking and learning the guitar although this is very much a work in progress!

I am originally from Wigan but moved to Manchester for University and have lived in the region ever since. I moved to Styal 5 years ago from Chorlton with my wife and our cats, where we live in a National Trust cottage.

As a Marketing graduate, I have worked in Digital and Ecommerce positions for over 20 years across a number of sectors. I currently head up the Digital function for a leading law firm in Wilmslow.

I’m a keen runner and you will quite often see me pounding the streets and trails of the village and beyond, in constant pursuit of that personal best!

I am proud to have been appointed as a councillor for Styal and I look forward to working to protect the best interests of the village.

I was born in Manchester but from 1971 until I moved to Styal I lived and worked in various places from the Midlands and South-East of England to Virginia in the USA and Mexico City. I have lived in Styal since 1998 and both my children grew up here, although, now they are grown-up, they have moved away to London and Perth Australia. During my time here I have been involved in most village activities, usually making a photographic record of events, such as the annual Hog Roast and various Fun Days, Picnics and Jubilees. Currently I volunteer at Earlams.

I trained as a Molecular Biologist and I’ve mainly worked in industry developing medical devices and diagnostic tests. Most recently I was the Technical Director of Zilico Limited, a medical device company based on the Manchester Science Park. I am now semi-retired and act as a Technical Consultant for Zilico.

As well as being a Parish Councillor, I am a member of the Wilmslow U3A committee. My hobbies include photography, bridge and croquet as well as the usual gardening, reading and cinema -1 have a membership at the Rex Cinema in Wilmslow.

This is a filler to stop my picture messing up the structure of the page. There is probably a better way of doing it but hey it is late

I am a retired IT professional who lives in Ashley with my eldest son Daniel. My younger two sons, Dominic and Matthew, have now flown the nest.

My parents lived in Ashley and, although I left the village to further my career, my need for rural living was so great that I have now been back in Ashley for more than thirty years.

I have been Clerk to Styal Parish Council since just after its formation in 2011 and I enjoy the work very much although it is often challenging. This work has given me an  understanding of the important role Parish Councils play in protecting rural life and helping the residents of a very beautiful village.

When I am not ‘Clerking’, designing websites or mending PCs, I love meeting and getting to know people, walking, opera, gardening and Sicily (I lived there for eighteen months). 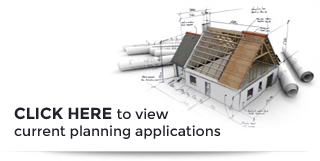 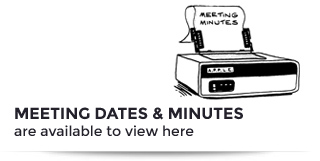 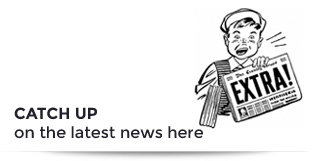